Everything you need to know about Solana blockchain and its token is found in this article. 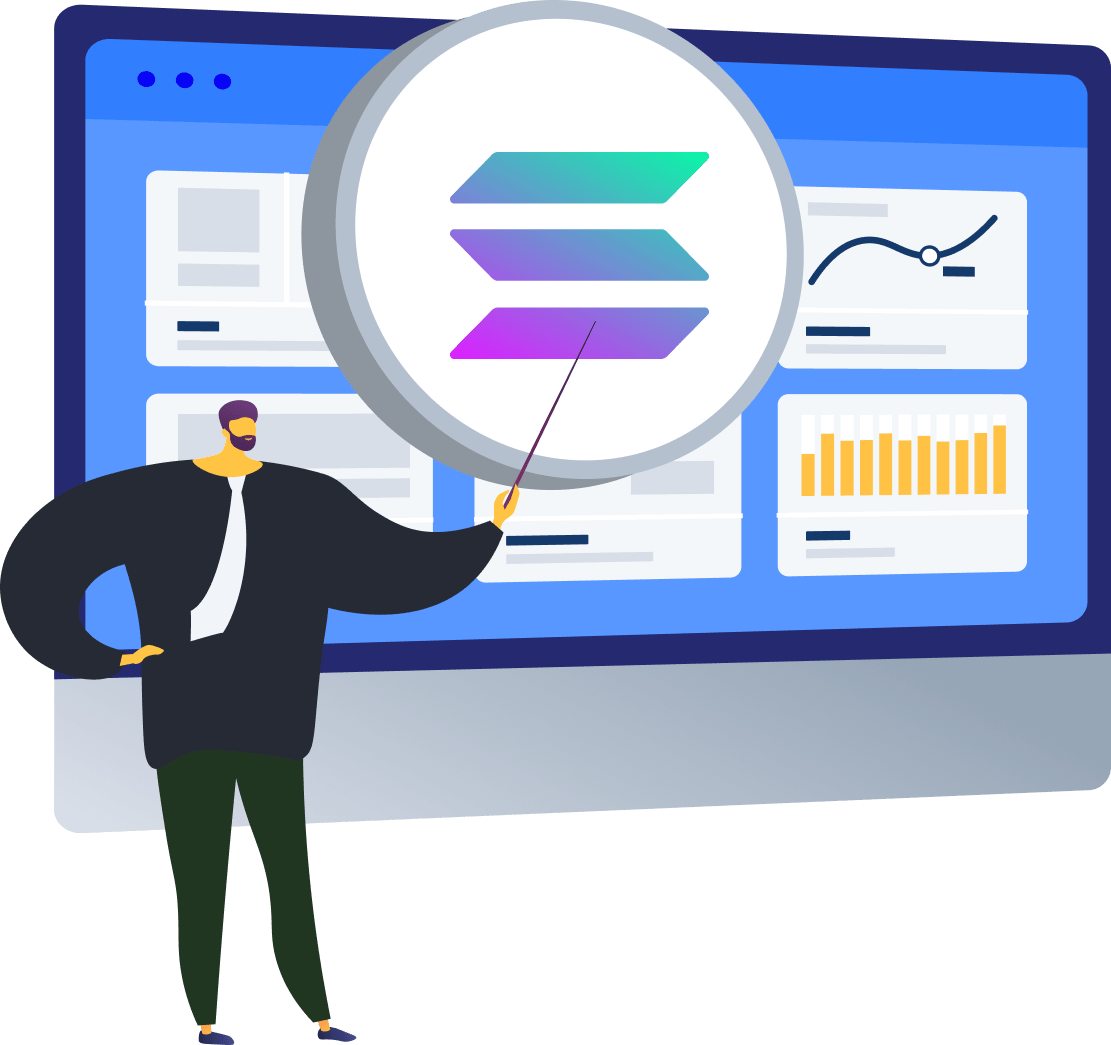 As time evolves alongside the digital world, technology and innovations emerge that make life easier and smoother. The emergence of cryptocurrency brought to light the existence of a technology called Blockchain, which had long existed but was not as frequently used or sought after as it is now. The world has developed to the point where we rely on the internet to run every part of our life.

The token for Solana is SOL. Anatoly Yakovenko found it in 2017. He formerly worked for Qualcomm where he gained experience in compression algorithms. These experiences led to him conceiving the idea of building a blockchain where a decentralized network of nodes matches the performance of a single node. Alongside other crypto enthusiasts, they came up with a new way of dealing with problems faced by other blockchains. A trustless and distributed protocol that allows greater scalability is the big picture.

Sol token’s current circulating supply is at 26 million SOL and it has a maximum supply of 486 million SOL, above Bitcoin’s circulating amount. SOL operates on a delegated Proof-of-Stake Consensus algorithm. With this algorithm, they choose validators based on the number of transactions they have successfully validated because the more stake is delegated to a particular validator, the more he is chosen. When it concerns delegating stakes, both parties share in the risk and the reward. This means that if a validator successfully validates a token, he shares the reward with token holders who delegated their stake to them. That is why you find some validators who try to entice token holders to delegate their tokens to them. Validators usually incur the cost for staking because they run and maintain these systems and for this reason, token holders pay a fee to validators. This brings about competition in that validators reduce the fee they demand from token holders so as to have many token holders delegated their token to them: Remember, the more tokens are delegated to a holder, the higher the chances of getting a greater reward.

Bit4you platform presents this asset and everything is pretty simple to use. For example, you can put your SOL token in just five simple steps. First of all, you transfer your tokens to betting wallets, creating a betting account with a unique address tied to it from the supported wallet. Once the account is created, you choose from Solana validators to determine who will delegate your SOL. Then you can use your wallet to delegate your share account to whomever you wish.

Blockchain is defined as a distributed database where transactions are shared between members of the blockchain technology. Whether it is a digital transaction, the exchange of value, products, and services, or the exchange of private data. These encrypted blocks record the history of every block that came before it, down to the next or second transaction data. As a result, such blocks are chained together, giving rise to the term blockchain. Different cryptocurrencies use different blockchain technologies to operate. This post will go through the Solana blockchain and cryptocurrency in detail. This decentralized network verifies transactions and maintains the network. Everyone has access, yet nobody can hack it.

Solana is one of the most high-performance decentralized blockchains on the market and it comprises over 200 distinct nodes that generate about 50.000 transactions per second (TPS) when running on GPUs. Moreover, this unique blockchain uses a Proof-of-Stake consensus model like other blockchain technologies. However, the difference with the Solana blockchain is that its consensus protocol is backed by the Tower BFT consensus. This consensus enables the network to reach an agreement and also helps the network to track and keep records of all transactions on the blockchain network. In addition to this, this consensus mechanism provides a clock that is able to reduce transaction processing power. What makes Solana unique is the Eight core innovations that make this web-based blockchain. Let us consider these features.

You will not be wrong to think that this is a consensus algorithm because of the proof of work and proof of stake consensus. However, this appellation does not refer to a consensus per se. this algorithm allows nodes to consent on a particular time events are to unfold on a chain. It is certain that there is always traffic of transactions that take place on this blockchain. All of these transactions cannot be processed at the same time. That is why there must be a duration for every transaction. This will create efficiency and greater output on the network.

This is the Solana blockchain’s second and most essential feature. It sets to resolve issues concerning fork as not every fork ends up being validated by a majority of the cluster. There are times when different voters may see different forks as acceptable. This consensus algorithm, which makes use of the cryptographic clock, validates a cluster without having to verify from all the nodes involved and this is done by assuming that a single voter with a stake is considered as an individual validator in the cluster. The method keeps track of prior votes and uses them to expedite approval. As a result, transaction speed is increased.

Gulf Stream works with the mempool concept. A mempool is a set of transactions submitted for validation. Solana uses delegated proof of stake that allows users to know the next validator. Gulf stream is different from other consensus algorithms because it allows the network to validate transactions before the current block completes approval. As a result, validators execute transactions before time thereby reducing traffic and the pressure that come with validating a transaction. With this protocol, Solana reaches 50.000 transactions per second (TPS). Thus, transactions are validated ahead of time thereby saving time.

Sealevel is another core feature of the Solana blockchain and it is a parallelized processing engine that enables Solana to scale horizontally across GPUs and SSDs. This means that it is the only blockchain that allows parallel and within seconds. However, note that sealevel is not responsible for executing transactions. Rather, it hands transactions to be executed by industry-proven bytecode that is designed for high-performance filters.

Pipelining is a popular CPU operation that works by sending a stream of input data to separate devices for processing. This protocol allows transaction information to be copied and checked more quickly across network nodes. This is done in four steps, starting with data fetching at the kernel level, signature verification at the GPU level, banking at the CPU level and finally writing at the kernel space. These are done simultaneously and as a result, 50.000 are fulfilled in a second.

Cloudbreak. You can attest that with the speed of transactions, there is no storage device that can support the data that is produced by Solana after executing transactions. That is why, given the scalability challenges that other blockchains experience, Solana blockchains have designed a database that improves iterations by letting systems read and write data at the same time. This protocol is known as cloud break, and it works in conjunction with other protocols, like pipelining.

Archivers. Every company or industry always has archives where they keep important information for future use. With Solana, every transaction is stored just as in the traditional archive, for future reference. Note that archivers do not participate in the consensus but they store parts of every data that could be visited at any time. They could either be laptops or PCs or any hardware used to store data.

To summarize, despite the fact that Solana is still a relatively new initiative, its native token SOL has already been named one of the top 10 cryptocurrencies. So far, the network has hosted various projects with partners such as USDC, Chainlink, Kin, and many others. Many developers are choosing to build on the Solana blockchain due to its prominent features and the presence of over 250 applications in the ecosystem. This is due to the fact that it consumes less energy, which is one of the primary reasons for decentralized applications. 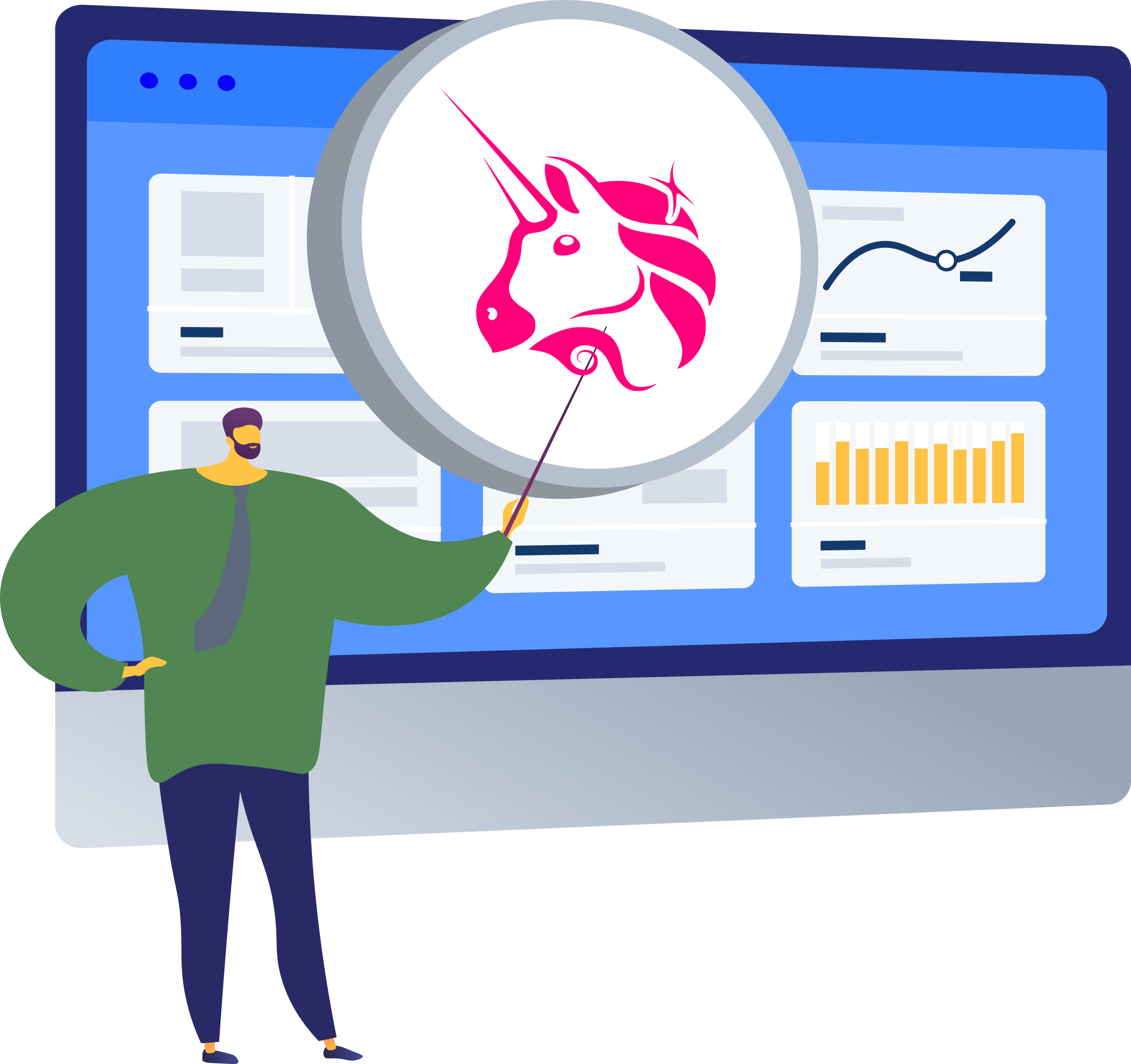 Find out more about the Uniswap platform and its features in this article.