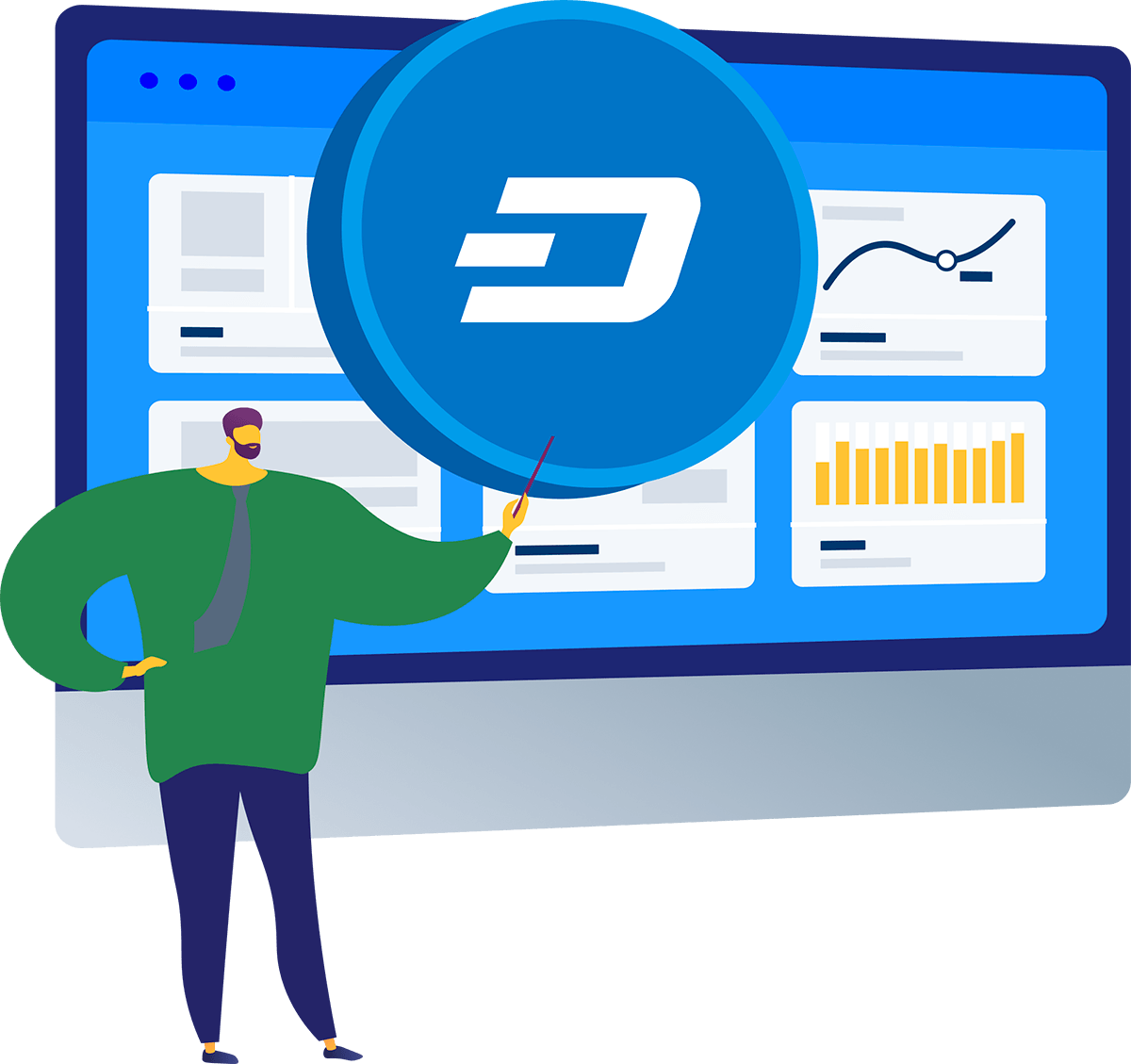 If you are interested in the cryptocurrency market, then you have probably heard about Dash cryptocurrency. Indeed, Dash has some distinct features. Thus, our mission is to tell you about them, the occurrence of Dash, characteristics, and the system that Dash is based on.

First of all, we cannot help to mention the history of  Dash occurrences. In 2014, you could know this cryptocurrency as XCoin and Darkcoin. In 2015, the name of Darkcoin was changed to Dash. It is said to be launched as a fork of bitcoin. During the fork process, there was a program bug that caused 1,8 million tokens to be mined in just two days. It is reported that this amount of coins is about 10% of the total volume of Dash. Important to note that Dash coin is focused on providing user privacy and aims to facilitate higher transaction speeds.

As you know, Dash cryptocurrency is digital, blockchain-based crypto that is used to make fast transactions everywhere in the world for low commission. Nowadays, there are more than 10 million coins in circulation, with a maximum supply of 18,9 million. Dash was developed in 2015 to become the most user-friendly crypto-asset and facilitate the sending and receiving payments without any borders all around the world. This cryptocurrency is well-known for its near-instant transactions which facilitated trading for merchants and business owners.

Dash has many features making it an advantage over other cryptocurrencies, such as Bitcoin and Litecoin. Dashcoin can be used for more frequent and faster transactions thanks to these features: MasterNode, PrivateSend and InstantSend.

Moreover, the problem of scalability is solved with the help of masternodes and InstantSend service. Such nodes are responsible for verifying and validating transactions. They also promote confirming speed and user security. Furthermore, masternodes operate as servers or computers with a permanent IP address. Thus, all that is needed is just to have a Dash wallet, synchronization with blockchain, and constant connection to the network. There is no need for expensive mining equipment such as ASICs and GPUs since the capacity of a personal computer is enough to operate as a masternode. Besides, the full functionality of masternodes depends on the type of coin protocols and can vary. In the case of Dash, masternodes check and validate anonymous transactions nearly instantaneously. Miners in the Dash network share the reward for the block with masternodes that provide privacy and high transaction speeds. Thus, both groups receive 45% of the reward each, the rest 10% goes towards the funding of project updates and improvements in the future. In order to become a masternode in the Dash network, you need a pledge in cryptocurrency to start. Important to note, it requires a fixed amount of Dash coins and the user needs to pay 1000 coins in crypto.

One of the problems with the Bitcoin blockchain is the fact that it is completely open. It means that if you make a transaction on the Bitcoin network, anyone in the world with internet access can find out the public address of the sender and recipient of each Bitcoin transaction, the value of the transaction, and any previous transactions in that Bitcoin. Dashcoin offers a service called PrivateSend, adding to the transaction’s confidentiality. Due to this, Dash transactions cannot be traced and the identity of users cannot be revealed. As mentioned earlier, private transactions occur using masternodes.

On the other hand, the InstantSend technology is one more distinct feature of Dash. As you know, bitcoin transactions take 20-60 minutes to get confirmed. But with InstantSend, validation of the Dash transaction takes up to 10 seconds, using Visa or MasterCard. As we mentioned before, InsantSend solves the problem of scalability as transactions are verified and confirmed near instantly for a small fee to expedite the confirmation. It makes us believe that the main growth will be in alternative cryptocurrencies, as many of them have much better technology and higher potential to become widespread in the payments market among users.

Since Dash cryptocurrency transactions are anonymous and untraceable, the choice of those making illegal transactions has fallen on it. With confidential coins such as Dash, you can ‘fail to declare’ the income you receive from your investment and you become difficult to trace. In this way, DASH has attracted the attention of users who try to use it for tax evasion or other illegal activities. Although Dash cryptocurrency can be misused, criminals make up only a small percentage among the total number of users. 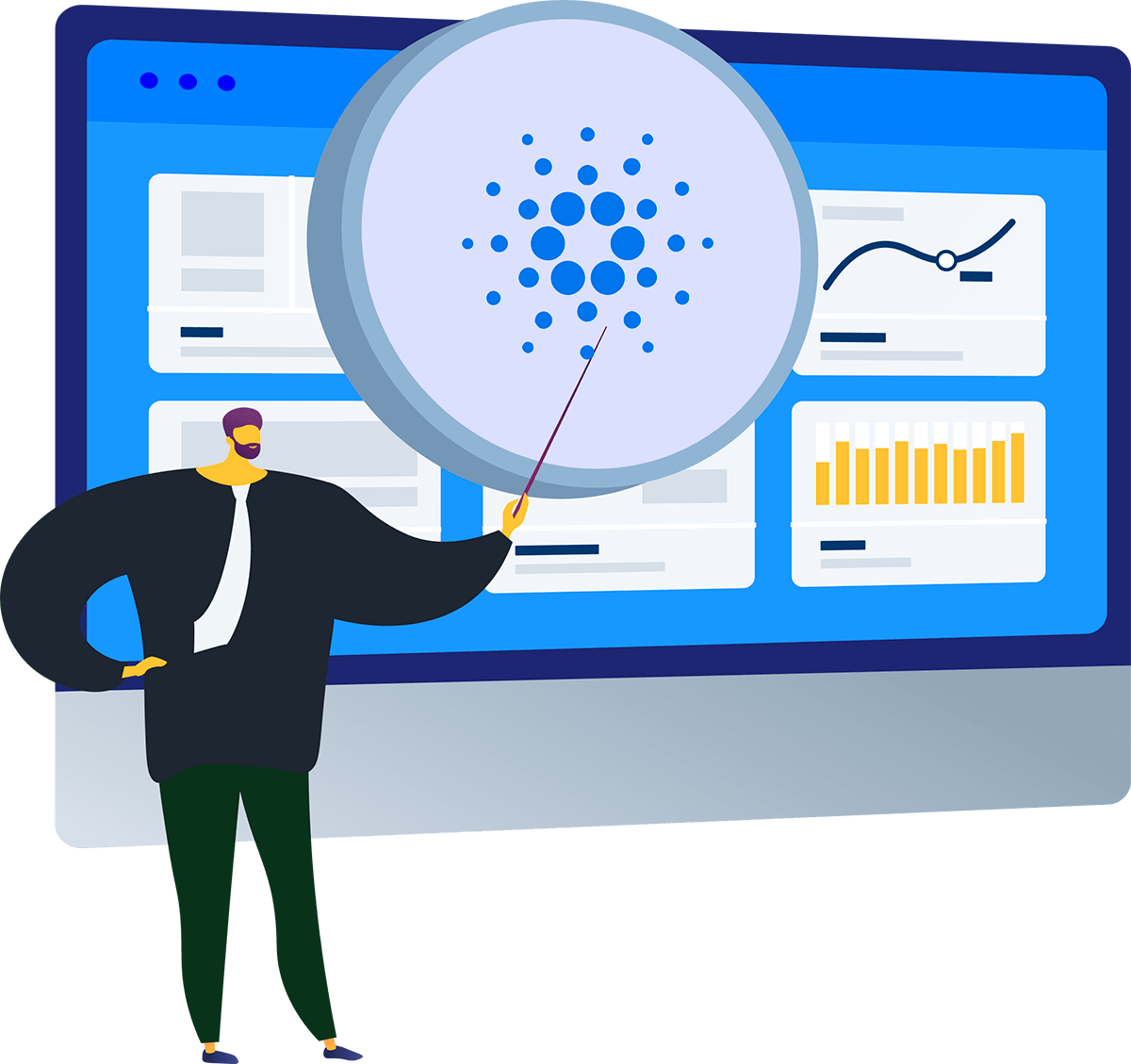