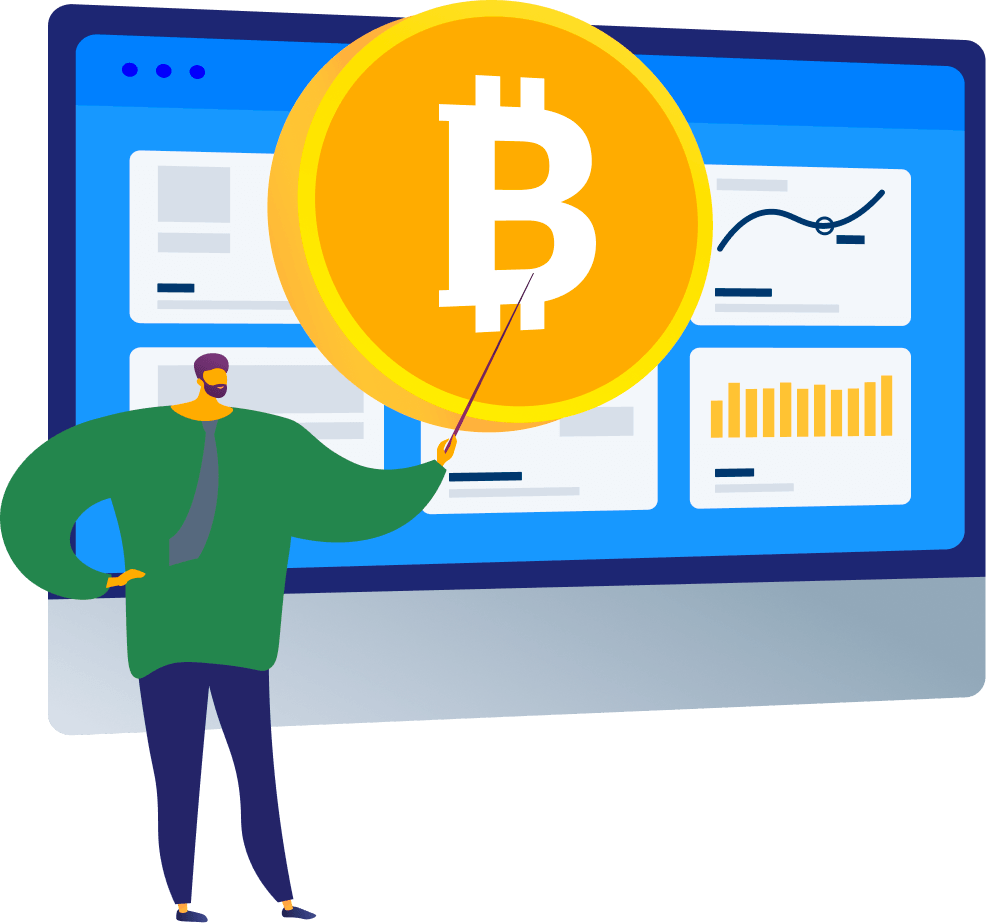 Bitcoin has become a hot topic in 2021. After bitcoin surpassed its all-time high several times during three months, more and more people became interested in it. We are living in a great time where new payment methods are developing with technical progress. This article is dedicated to the bitcoin phenomenon, its characteristics, and history.

As you know, bitcoin is the first and most expensive crypto-currency in the world. It was launched in 2009 by the anonymous developer Satoshi Nakamoto. No one knows if it was one person or a group of people. But he started a revolution in the financial market. As a result, bitcoin is the origin of the development of the crypto-currency market and all the projects we know today.

Bitcoin or BTC is a decentralized crypto-currency and digital payment system based on blockchain technology, where all participants are equal. BTC is not backed by fiat currency, as it is a digital currency. No bank or other institution is responsible for issuing bitcoins.  Therefore, digital coins are not backed by gold or any other underlying asset. The circulation of bitcoins is supported by miners around the world, who moderate the system, confirm users’ transactions and identify erroneous transactions. In addition, every user can become a miner by installing a basic open-source client program. After registering a wallet and a special program, your computer can be engaged in mining and receive bitcoins as a reward for its calculations. However, the amount of BTC blocks is limited to 21 million units.

This limitation is to avoid inflation, which can occur as with fiat currency.

As mentioned earlier, bitcoin is based on blockchain technology. This means that all blocks of information are connected to each other. All the data contained in these blocks is public, so any user can verify the information. So is bitcoin anonymous when anyone can see all the data in the blocks? The answer is yes, but not entirely. Bitcoin transactions are said to be pseudonymous. So we can track the movement of BTC through the network, but the information about the owner of the wallet is confidential, except for his or her address.

The rapid growth of the crypto industry makes us believe that the price of bitcoin will likely increase and that it could become a profitable investment in the future. In addition, some of the advantages of bitcoin are the simplicity of creating a wallet and managing his bitcoins and the high security of the transactions. There is a growing number of services that accept bitcoin payments.

Today, through Paypal, more than 26 million businesses accept it as payment. Investing in bitcoin is affordable for everyone. You can invest only a few euros, as you can buy a fraction of a bitcoin which is divided into satoshi. One satoshi is equivalent to 0.00000001 BTC.   In addition, since BTC is a digital currency, you can exchange it into your fiat currency or spend bitcoin directly on services or other products scanning QR code, as a variant. Nowadays, such businesses as Subway, Starbucks, Shopify, Xbox, and even Tesla accept payments with BTC. However, experts say that bitcoin is too expensive to spend on a cup of coffee;  on the other hand, they consider digital gold as a profitable option for investments.  There are also some disadvantages associated with bitcoin, such as some services may take a commission on bitcoin transactions and transactions are slow. You can wait 20-60 minutes for your transaction to be definitely confirmed;

However, is it still profitable to invest in bitcoin? Everyone should make his decision based on facts and feelings when it comes to managing their finances. Despite the huge interest in crypto-currencies, there are many doubts and theories about them. Many laypeople are convinced that bitcoin is a short-term trend and not worth investing in. On the other hand, the total capitalization of bitcoin exceeded $1 billion on 11 March 2021 (according to Coinmarketcap). 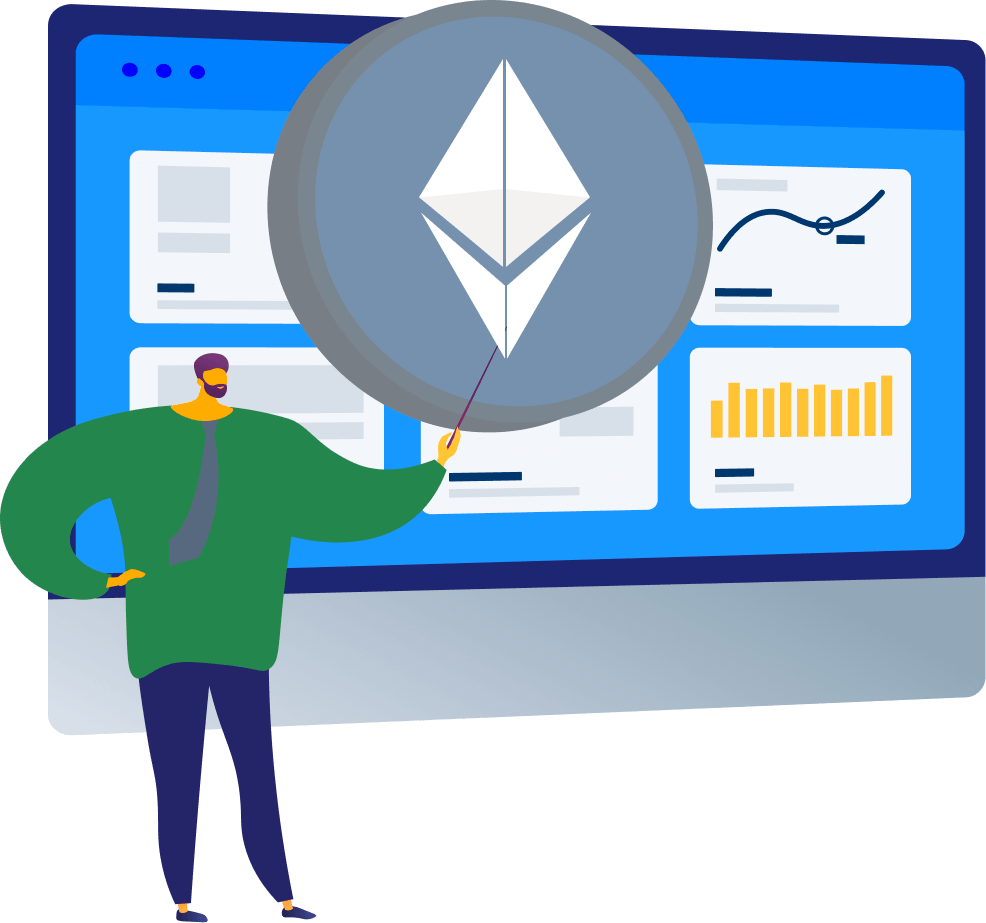 Learn all the features of Ethereum in the article!